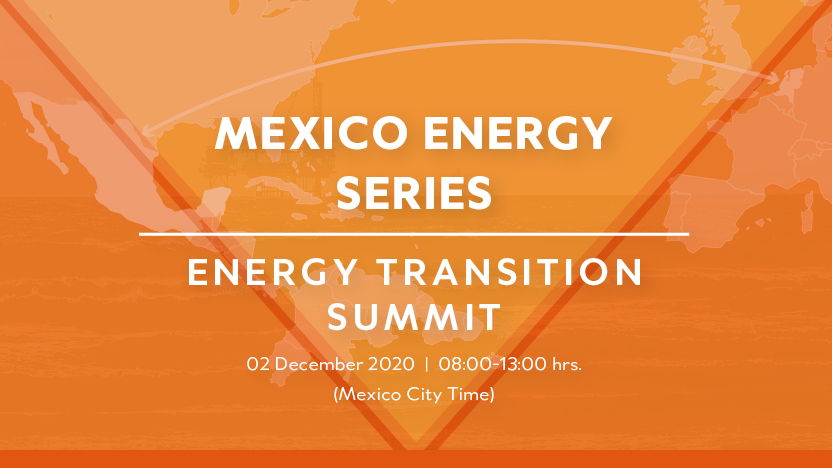 Holland House Mexico, The Embassy of The Netherlands in Mexico and GreenID would like to invite you to Chapter 3 of the Mexico Energy Series: the Energy Transition Summit, which will take place on 2 December 2020 from 08:00-13:00 (Mexico City) / 15:00-20:00 hrs (Netherlands).

The objective of the Energy Transition Summit is to both give participants of the summit the inside perspective on the development of Mexico's energy transition and its renewable energy sector, and bring together industry leaders that shape the Mexican renewable energy industry to discuss the latest developments at this time of change.

Parallel to the summit, you can sign up to participate in our tailormade Matchmaking Sessions with companies operating in the Mexican renewable energy industry. Price: US$250 per participating company. The matchmaking package includes an intake round to identify desired matches, longlist and shortlist consultation rounds, and a minimum of 3 appointments.

The summit is a free event, pending registration and is open for business leaders representing the Mexican business community, as well as for companies with an interest in Mexico's renewable energy sector.

- The importance of the energy transition in Mexico
- Current market overview
- Outlook on energy policies on regional level
- Dutch success stories
- Wishlist of the industrial sector
- Distributed generation, will the exponential growth continue?
- The future of energy
- Virtual networking